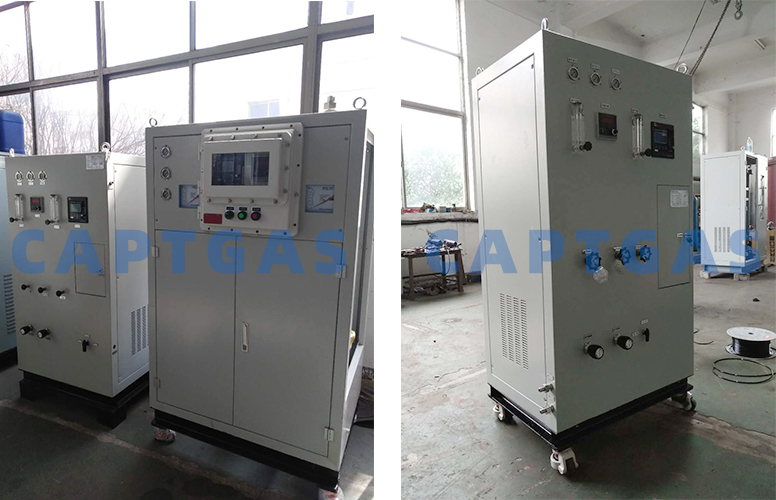 The nitrogen and hydrogen proportioning device mainly uses the control of the flow of hydrogenation or nitrogen addition to achieve the purpose of mixing hydrogen and nitrogen in a certain proportion. Under normal circumstances, it is to control the flow of gas with less content. A nitrogen-hydrogen proportioning device is mainly composed of nitrogen flowmeter, hydrogen flowmeter, hydrogen analyzer, PID controller, flow regulating valve, pressure gauge, mixing tank, and chassis And other composition.

2. PID controller: selects the PID controller produced by Japan SHIMANDEN, which has high control accuracy. It can quickly compare the obtained signal with the set value, and quickly issue instructions to ensure the accuracy and precision of the control. At the same time, the rapid reaction can ensure the stability of the hydrogen content.

3. Flow control valve: The high-sensitivity control valve is selected, the valve action range is small, and there will be no sudden opening or closing, and it can well control the hydrogen supply volume, so as to ensure the stability of the hydrogen content.

4. The overall box structure of the equipment is convenient for installation and saves space.