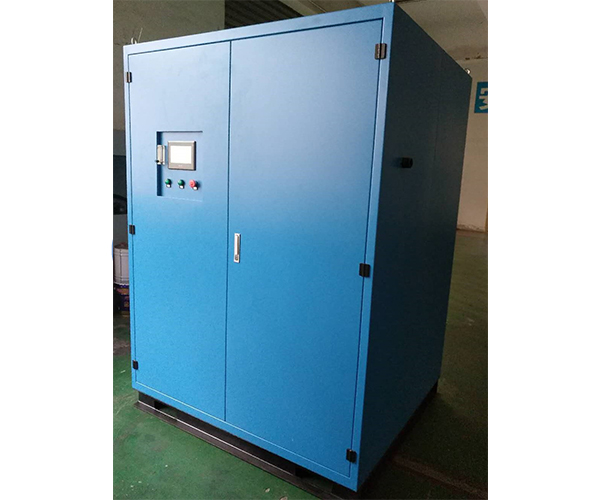 Pressure Swing Adsorption (PSA) is an advanced gas separation technology, and it has an irreplaceable position in the field of gas supply in today's world.

The three-stage filter and activated carbon filter remove the water, oil and dust in the compressed air, and provide pure and stable compressed air for the oxygen generator, which is the raw material for us to produce oxygen. Then through the oxygen generator, the oxygen and nitrogen are separated by pressure swing adsorption to produce oxygen; the oxygen is detected by the oxygen precise analysis instrument, and the unqualified gas is automatically vented and alarmed (optional), and the whole interface is unmanned. operating.

Medium-pressure adsorption: Since the pore size of the zeolite molecular sieve is almost the same as the diameter of the oxygen molecule, in the case of medium pressure, the molecular sieve will choose to adsorb the nitrogen in the compressed air, but not the oxygen, so the oxygen flows out from the top of the adsorption tower. Achieve oxygen production.

Pressure equalization of the two towers: After the work of one adsorption tower is finished, within two seconds (the time can be set), the gas from the tower is blown to the adsorption tower that is ready to work, so as to reduce the pressure rise time, and the pressure change is higher than the atmospheric pressure. When the working pressure is low, the scouring of the molecular sieve is reduced and the gas production is increased.

Oxygen boost: Use the pure gas of the oxygen buffer tank to boost the pressure of the adsorption tower, increase the gas production rate, improve the gas purity, and achieve the specified purity quickly after startup.

The structure of the adsorption tower is designed with Carbo Tech technology. Its core technology lies in:

1): Reasonable and efficient air distributor, so that the compressed air can fully pass through the molecular sieve without dead angle.

2): The butterfly-shaped head forms a very small upper and lower cavity in the adsorption tower to reduce the amount of compressed air.

3): The internal manufacturing is completed, and the inner wall is treated with shot peening, and the rust is bright.

The oxygen production technology is provided by the German CarboTech company;

All main components are imported from Germany

Unique compaction technology-----German Carbo Tech's "blizzard method" filling technology, this technology *be the world's most ** filling method, in terms of structure, the airflow distribution of the nitrogen generator is uniform, sufficient and without "dead corners" . Carbo Tech coconut mat is used on the top to form countless small fiber springs, so that the force of the zeolite molecular sieve is balanced, and there is no dead zone of force.